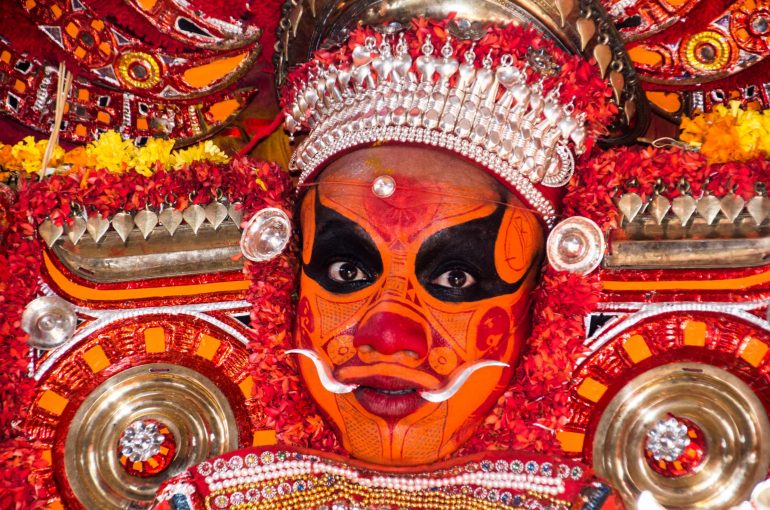 There are few stories about Mohini, the female form of Lord Vishnu. One of the most common stories of hers is where she saves the devas. She does this by giving them the nectar of immortality from ‘Samudhra Manthan’ or the churning of the ocean. But today, I am going to tell a different, lesser-known story of Mohini.

Once, there was an asura or a demon. His aim, like most Asuras, was to conquer the world. He did severe penance towards Lord Shiva, which lasted for many years. Pleased, Shiva came to bless the asura. “I am very happy with your devotion. What would you like as a gift for your efforts?”

The asura asked him. “I want the boon that whomsoever I touch with my right hand will turn to ashes.” “So be it.” Shiva granted him the boon. “How do I know that the boon will come true? Let me test the boon on you.”

An alarmed Shiva started to run away from the asura. The asura followed in hot pursuit, his right hand ready to destroy the god. Shiva could not do anything to protect himself, as the asura was very powerful. The other gods did not attempt to intervene. Vishnu heard Shiva’s plea for help.

There was a blazing light and in between Shiva and the asura, stood Mohini, the divine dancer. The asura forgot all about Shiva and the boon, and could not take his eyes off of Mohini. Mohini started speaking. “Oh asura, you are very handsome. But I feel that you are afraid of Lord Shiva. Are you?”

The asura, taken aback, replied, “Of course not!” “But I am afraid,” she said, putting her right hand to her heart. “See, my heart is beating with fear. Are you sure that your heart is not?” Mohini questioned.

The foolish asura put his right hand on his heart and was turned to ashes. Thus, Mohini, the divine form of Vishnu, saved Shiva from certain doom.