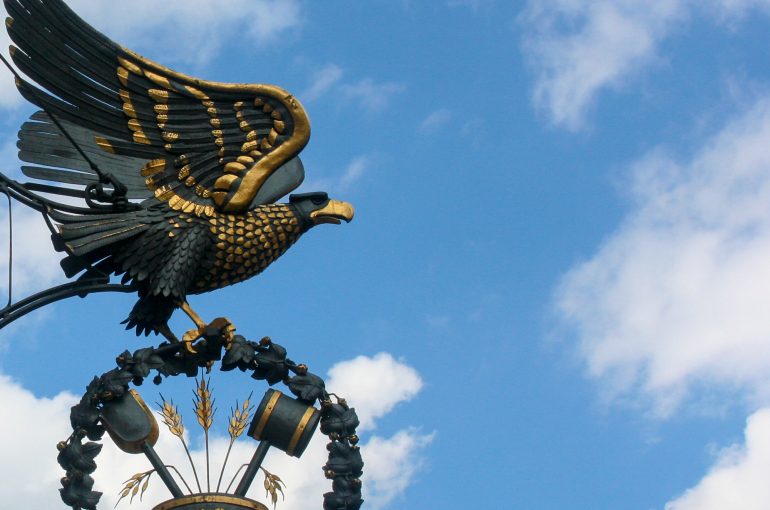 The sage Kashyapa, a descendant of Brahma, and his first wife Vinata had two sons: Garuda and Aruna. How they were born is a different story. When Garuda broke out of his egg, he had the head, talons, and wings of an eagle and the body of a human.

Garuda was extremely hungry when he was born*. He asked his father if he could have something to eat**. The sage asked Garuda to feed on the cattle nearby. Garuda did not know what humans were and what cattle were. He walked to the nearby village and tried to eat the humans living there, thinking them to be the cattle his father told him.

The Lord Vishnu heard about this and came rushing to the village. He was, after all the preserver. When he reached the village, he saw Garuda. “Dear boy, why are you trying to eat humans?” Asked Vishnu.

“My father told me to feed on cattle. I am very hungry and do not know the difference between humans and cattle. None of the flesh I eat satisfies my hunger. All I want is some flesh to eat(he is half eagle).”

Vishnu smiled. With his discus, he cut off a portion of the flesh from his left arm. “Here, eat this.” Garuda accepted it without hesitation. He gulped it down and immediately found his belly full. He looked up to thank the man but stopped.

Garuda saw that the man’s arm did not have a cut. The portion that he had cut off was not missing. In fact, it looked like the man had never cut off some of his arm. “You cannot be a normal man. As you have satisfied my hunger, I will serve you forever.”

Vishnu accepted, and ever since, Garuda is shown accompanying Vishnu wherever he goes.