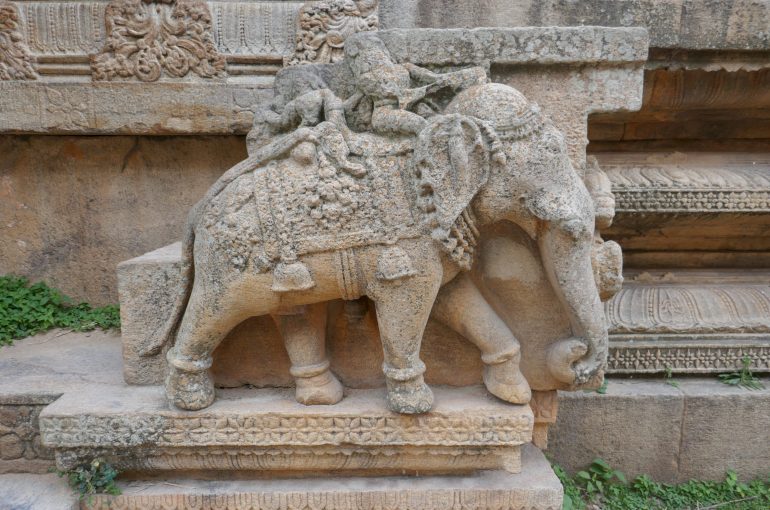 Indra had just been created by the Lord Brahma. He was given the post of King of the Heavens, but Indra felt that there was something missing.

“Brahma, I need a vahana. If I am King of the heavens, I will have to move fast in case of a war. Give me a vahana as worthy as my title.”

Brahma agreed and asked Indra to come back to Brahmaloka* the next day. After Indra left, Brahma called Garuda, the vahana of Vishnu. “Garuda, give me a special egg, from which I can derive Indra’s vehicle.”

Garuda agreed and brought Brahma the egg early the next morning. Brahma had not woken up yet, and so Garuda dropped the egg from the skies. As it was a special egg, it did not break but made a huge noise. Brahma awoke to the noise.

Realizing that the egg was there, Brahma started to sing hymns. Slowly, the egg began cracking. It then burst and what came out of it was a magnificent white elephant. As soon as it came out, Brahma knew that it was to be named Airavat. Airavat means ‘One born from the sky’. It is also used as the equivalent of a rainbow. Indra came to Brahmaloka and was extremely happy seeing Airavat as his vahana.

This is how Airavat became the vehicle of the King of the heavens.

Some stories say that Airavat came from the ocean during the Samudra Manthan or churning of the ocean. He is thus called ‘Airavat’ which also means ‘One from the ocean’.